The A to Z challenge has given me the opportunity to get a lot of basic information out on the blog that will be there forever more for people to refer to, but I haven’t talked about kids or parenting yet.

I’m going to use ‘K’ to get a couple fundamental things down about kids.

Kids’ egos develop from birth, but during the earlier years, it’s often tough to see a clear personality style. 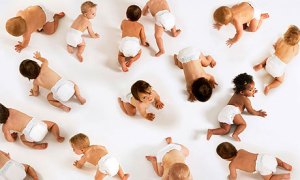 I don’t recommend trying to type your kids when they are young. 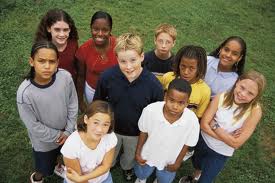 I actually don’t recommend typing your kids at all.

So if they’re too young to type themselves, what’s the use of all this information?

Answer: While you might be wrong if you were to guess their personality style without their input, you can pay attention to what kind of energy they are putting out there in different situations.

Example: Think about the difference between an Eight’s energy and a Five’s energy. The first is much more assertive, direct, engaged and even aggressive. The other is more withdrawn, thoughtful, private and even isolating.

You have to be careful though because it isn’t always that obvious.

Example: A Two’s energy can feel similar to a Nine’s energy. They both tend to be kind, upbeat, self-sacrificing and helpful.

Regardless, here’s an example of how to cheat before you or your child can know for sure:

If your daughter is trying hard to take care of other people, you can treat that like Two energy and make sure she is balancing her giving and caring behavior with taking care of herself behavior.

I’ll do a table at the end that you could use like a cheat sheet for how to support your kids’ personality energy.

Just like adults, kids benefit from figuring out for themselves what type they are. If your kids are middle school age or older, you can show them one of the online tests and see what they come up with.

However, it is very, very important that, just like with adults, kids don’t let the test tell them what they are either. I can’t emphasize that enough.

Let the test help your kids narrow it down, if they want, but the most important part of figuring out which type you are is learning about them all, enough so that you realize what you are by how much you relate to some descriptions and not others.

So have your child take a test if he/she wants, but use the results very loosely.

I just worked with a group of kids the other day. First, they learned about all the types. As we went along, I asked them to write their names down next to any type they related to in some way. Most kids wrote their names next to at least four types before they were encouraged to identify with just one. Only one child knew for sure, the moment I described one of the types, that that was his personality style. The rest asked questions, learned about the differences between the types they related to and about what each type does when they are stressed or relaxed.

If you tell your child which type they are, and you’re wrong, they may believe you more than they believe themselves. If that happened, they might try to value something that isn’t what’s most important to them and ignore what they hold most dear.

Example: If you tell a One that you think he’s a Four, he might convince himself that his anger and frustration are because he feels separate and insignificant when, in fact, he’s pissed because he can’t attain the perfection he believes so strongly he should be able to attain. Any attempts to soothe feelings of separation or meaninglessness in life won’t hit the mark.

Teach them about the gifts of each type, not the character flaws. It is easy to get hung up on the downsides when people begin to learn about the Enneagram. Kids are susceptible to internalizing negative feelings about themselves if they believe that their personality is what is ‘wrong’ with them, and if only they could be more like some other number or fix theirs somehow.

Once they know their type, ask them what you’ve done so far as their parent that has and hasn’t felt supportive to them.

For example, my son, who is a Seven, recently told me that it is helpful when we say things that bring his attention back into the moment when his mind is wandering. I had no idea we were doing that for him, or that he appreciated it. He said it was as simple as one of us saying, “Look what the puppy is doing,” or “Did you see that catcher just overthrow third base?” Now that I know this helps him to get present again, I can be more conscious of doing it more often.

My daughter, who is a Six, has told us that, when she’s frustrated or angry, it doesn’t help her when we expect her stay in the conversation. She needs to know she can leave a conversation and go in her room to get reconnected with herself. There, she is much better at calming down, figuring things out, and coming back to tell us what she’s realized or decided.

Okay, as promised, here’s a table of the kind of energy you might pick up on in your kids, regardless of whether or not you know their type. When you see this energy from them, you can help them balance it out using some of the ideas here. This is a very small example of what you might see, but maybe it will make some things click for you with your own kids.